However, the marine reserve zone will not be implemented until a regulation is issued by the National Park Service.

However, according to Biscayne National Park officials, the reef is need of repair, which is where the park’s newest General Management Plan comes into play.

The marine reservation establishes a “no-take” policy within the boundaries of the zone, excluding commercial and recreational fishermen from the area. Only visitors who snorkel, dive, or ride a glass-bottom will be permitted in the area.

However, the final version of the General Management Plan was met with strong opposition by some.

According to Matthew Johnson, a park ranger and spokesperson for Biscayne National Park, park managers were at the hearing.

“A hearing was held and the park superintendent was there and he participated. No other hearings have taken place since that one,” Johnson said.

The bill has been referred to the Subcommittee on Water, Power and Oceans, with no major updates as of yet.

Despite claims from the Republican Congress members, Brian Carlstrom, Biscayne National Park’s superintendent, stated that the National Park Service has been open to receiving comments and feedback from the community and stakeholders.

In a letter written in the Biscayne National Park’s newsletter, in May 2015, Carlstrom stated, “During the past 14 years, the National Park Service held over 22 public workshops and received more than 43,000 public comments.”

Daniel Suman, professor at the University of Miami Rosenstiel School of Marine and Atmospheric Science within the department of marine ecosystems and society, expressed his agreement with the superintendent.

“There was a panel to develop a fishery management plan—I was part of that—and there were many different fishers of different kind, recreational and commercial fishermen …. There were many public hearings and they presented their perspective. So they weren’t excluded from the decision-making process at all,” Suman stated.

Expressing similar sentiments with Suman and Carlstrom, Matthew Johnson stated, “We made an effort to involve everyone. It was a process that took 15 years—to develop the general management plan.”

Despite protests from some, the General Management Plan was approved. However, the marine reserve zone will not be placed into effect until a special regulation is issued by the National Park Service. The question that remains now is: when the policies outlined within plan will be implemented?

The projected date is in the next year, but that is subject to change.

According to Matthew Johnson, the regulation will take place “most likely next year.”

However, Suman expressed some doubts to the regulation being passed next year.

“It depends on the [presidential] election. 2016 is what they say, but of course, there could be a delay, especially during this time,” said Suman. 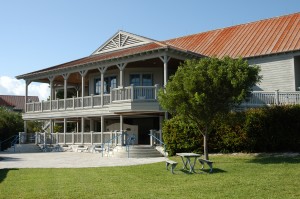 “If a Democrat wins the election, it will continue as planned — 2016, or maybe there will be a delay for another year, but I doubt it. If a Republican wins the [presidential] election, there could obviously be a great slow down.”

Suman also stated that while local congressmen represent their districts, he does not think that will have much of an impact on the regulation process.

“Our local representatives represent all of us from their districts, but there have been vocal representatives of the recreational fishing lobby,” said Suman. “And I think their effect and impact on the regulation development within the National Park Service, is minimal. I least I hope so.”

According to Suman, the regulation that must be passed by the National Park Service is an internal procedure, but there may be opportunities for the public to voice their opinion.

According to Suman, other successful marine zones exist throughout South Florida in locations such as, Merritt Island and between Key Biscayne and the Dry Tortugas. Suman stated that, “the largest trophy fish for sports fishermen are generally from that area—around the closed area. And that is probably the result of the “no-fishing” in that relatively large area.”

Suman went on to state that, “so it’s not something new to Florida or the rest of the world. It is just something new for Biscayne National Park. And I think it’s absolutely fantastic.”

Until the special regulation is passed, recreational fishing is still permitted in the area that has been designated a marine zone.