Posted May 10, 2007 By SANDRA HURTADO
School of Communication
University of Miami

Air tours of our national parks is not a simple matter. You might think all it involves is going to a nearby airport and paying for the service.

But no. It gets complicated. There is a long-running controversy over the rights of those who wish to fly above and those of persons who wish to remain in the park below.

The goal of the National Park Service and the Federal Aviation Administration in recent years has been to find a resolution to the ongoing problem over commercial air tours and national parks.

The problem comes down to pleasing the air tourism industry, thousands of park visitors, and equally large numbers of conservationists and naturalists. And, of course, the keepers of our parks, the National Park Service, also has a stake and it seeks to continue its efforts to restore the natural atmosphere to all parks.

The Grand Canyon is one of a handful of parks where air tours provide opportunities for amazing views and scenery that may not be easily viewed from the ground.

In 1975, attention was given to the issue of air flights and national parks when the Grand Canyon National Park Enlargement Act passed. The act recognized the potential of adverse impacts to parks natural quiet by aviation overflights and required studies on the issue.

“Noise from an airplane violates the natural quiet that is part of the wilderness experience most visitors expect from a national park,” said Scott Gediman, chief of Media Relations and a park ranger at Yosemite National Park in California.

It was time to change things and create regulations for the air tour industry after 25 people died in a mid air collision over the Grand Canyon in 1986. What came about was the National Parks Overflight Act of 1987 which gave the Federal Aviation Administration and the National Parks Service the ability to not only regulate air tours, by creating flight free zones at the Grand Canyon, but also call for a study on overflights over national parks nationwide.

Most recently, the National Parks Air Tour Management Act passed in 2000, with some amendments in 2006, requires FAA and NPS to develop air tour management plans for every park.

In each park plan, conclusions about time of day for flights, altitudes, routes, maximum number of flights, and or banning all together must be made. 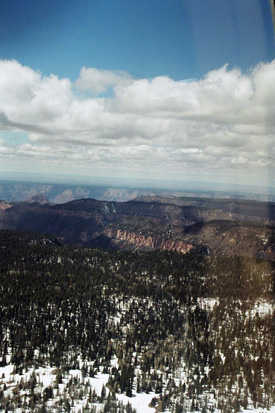 The FAA and the NPS are usually at odds because the FAA wants more flights than what the park service considers acceptable in order to restore natural quiet.

“If the FAA is in the driver’s seat than things have the potential to have a different outcome than if the NPS is in the seat,” said Dominic Cardea, chief interpretation, public information officer for Haleakala National Park in Hawaii.

According to Cardea, Haleakala has had a mutual agreement with the air tour businesses in the area since the early 1990s.

The agreement has allowed fewer complaints about noise and a general peace about the issue. Although the park is satisfied with the current agreement, more regulations will most likely have to be implemented due to the management act.

In 1994, in a report to Congress the NPS defined “restoration of natural quiet” as 50 percent or more of the park not having audible aircraft noise for 75 to 100 percent of the day.

The goal of restoring natural quiet still has not been reached despite efforts for more than 20 years. This why overflights in national parks remains an issue today.

“We are not working well with the FAA because they think that we have met our goal and we have not,” said Falzarano.

According to Falzarano, many things depend on whether or not the administration for the moment has major concerns for the environment or not. If they are not than that is in the FAA’s favor and makes the efforts harder for the parks service.

“It has been more than 20 years and it depends on politics and who is in the White House. It may never get resolved,” said Falzarano.

Others hope for the best. 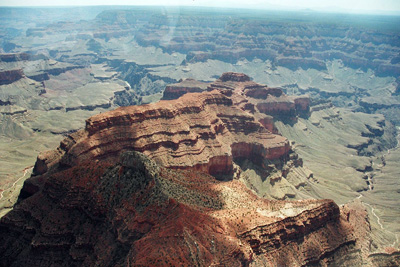 “It will be difficult, but I hope we can come up with a plan that makes everyone happy,” said Vicki McCusker, an outdoor recreation planner, Natural Resources Program Center in Fort Collins, Colo.

There are many unanswered questions:

How many flights are really taking place at all parks?

What are the hours and over what areas will flights be permitted?

What is truly practical?

What are the intentions and relationships between parties involved?

What are natural noises? Who is everyone really trying to satisfy? 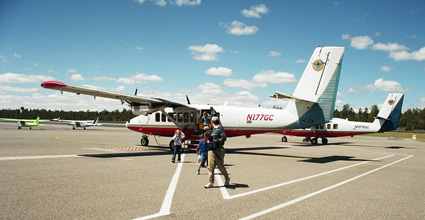 rder to come up with some sort of resolution in the years ahead.

“Can we supply a quality visitor experience while still providing air tours and keeping the natural quiet? asked Cardea.

“Yes,”  he replied  to his own question with a bit of optimism.